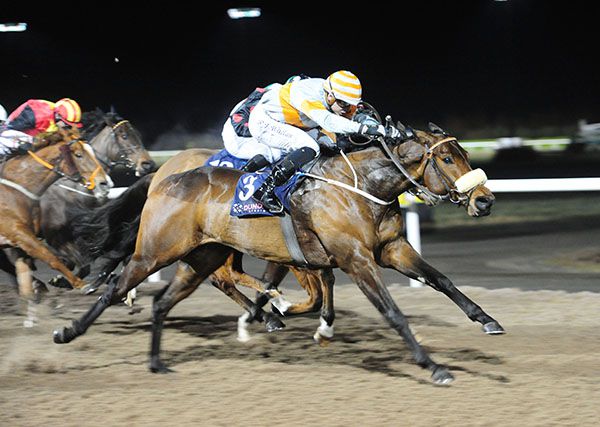 The daughter of Arcano, backed from 3/1 this morning and from 9/4 on track to 11/8 'jolly', travelled strongly for most of the six furlongs race and in the end comfortably held runner-up Tommy Taylor by three parts of a length.

Whelan was out of luck on Halford's Surrounding at Meydan yesterday but the trainer did send out Simsir, under Tadhg O'Shea, to a second-place finish in a Listed 1m2f race, with Whelan unable to do that feather weight of 8st5lbs.

Following Arcanears' win Whelan stated “we went hard and from the draw I got a nice sit. I was able to get a breather on the turn in and it was just a matter of holding onto him as long as I could stepping up from five.

“He’s done it well and five or six around here it doesn’t seem to matter to him. I think the drop in grade probably helps him as he has that extra gear at this level.

“He’s a typical one of Mick’s and he’s done a great job keeping him fresh and well. For a horse that would handle it up to his knees, he handles the surface here very well.

“The surface here is similar to Mick’s at home and his horses take to it well.”