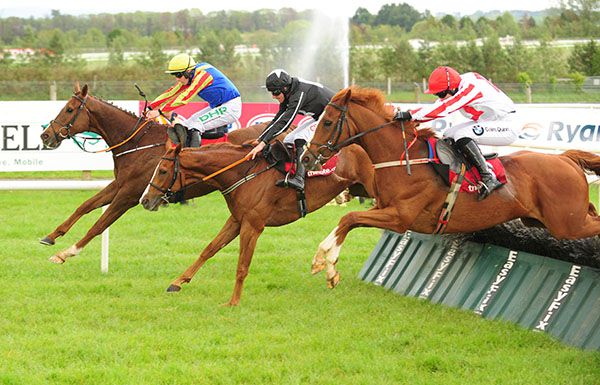 Archer's Up (5/2 second favourite) was just fifth jumping the second last flight but as Poseidon lost momentum, Archer's Up made ground and moved past Poseidon to lead after the final flight. On the run-in Archer's Up kept galloping to beat Poseidon, heavily backed from 11/8 to 4/5f on track, by two lengths.

Champion Hurdle winning trainer Cromwell later said “he was second in two maiden hurdles last year and has been knocking on the door. I'm delighted to see him win one. He is a novice for the rest of the year and he might make a few trips over to the UK for a few novice hurdles.

"He might go back on the Flat too. He looks like he is potentially well handicapped on the Flat. He has plenty of size about him and could possibly jump a fence in time."