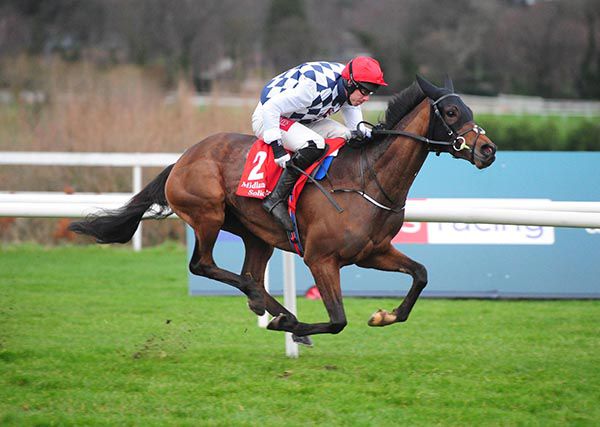 Ash Hill the even-money favourite) made all under Derek O'Connor in the concluding bumper at Leopardstown.

The four-year-old gelding, owned by Ronnie Bartlett, asserted in the final furlong and a half and had the race won passing the furlong pole.

He kept on strongly to beat gambled-on The Blame Game (from as big as 25/1 in the morning to 6/1) by five and a half lengths.

The winner saw plenty of support as he was as big as 3/1 in the morning.

Joseph O’Brien said: “He had a nice run first time out and Derek (O'Connor) gave him a good ride and kept things simple. It’s great to have my first winner for Mr Bartlett.

“Derek wanted to get him to do things right in Punchestown which he did and we were able to ride him a bit handier today.

“We will probably stay to bumpers this year and we could come back here in February. He could probably do with the year and go novice hurdling next year but he’s a horse to look forward to.”