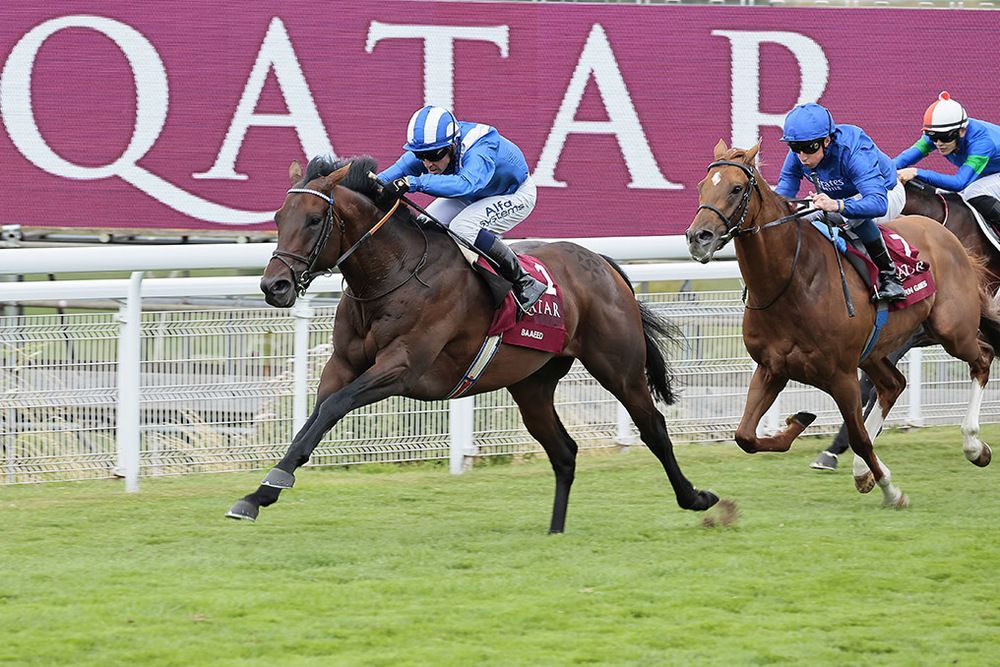 Widely recognised as the best since Frankel, William Haggas’ son of Sea The Stars has the chance to replicate his esteemed sire by taking the step up to a mile and a quarter in his stride when he bounds up the Knavesmire.

Victory on Wednesday would take the four-year-old’s winning streak to a perfect 10, while it would also be his sixth straight success at Group One level as racing’s latest superstar attempts to cement his place as world number one.

To do so, he has to match the achievements of some of the modern-day greats and turn a fiercely competitive Group One, steeped in history, into a procession.

It is 10 years since Frankel made light work of his first attempt at the distance when sauntering to a seven-length success in front of his adoring fans, and devotees of the sport from across the country are set to make the pilgrimage to the Knavesmire once again as Baaeed puts his stamina to the test.

“It’s well documented the trip is the one part of the jigsaw we don’t know the answer to,” said Angus Gold, owner Shadwell’s long-standing racing manager.

“Of course you don’t know until you try and I’m very interested in the opinion of some people I respect greatly who have said he’s never going to stay the trip — which surprises me greatly. But he’s a very relaxed horse and his style of racing will give him every chance of getting it.

“His full-brother (Hukum) stays well and gets much further, which doesn’t necessarily guarantee anything and this horse has a lot of speed and a lot of class. But personally I would be surprised if he doesn’t stay.”

It is easy to think that nerves could be beginning to fray as Baaeed’s biggest test approaches. Especially when you add into the mix an uncertain weather forecast and two of Baaeed’s stablemates being ruled out of recent top-level assignments having scoped dirty.

However, Gold confirms the team at Somerville Lodge have done everything in their power to ensure Baaeed makes the trip up the A1 in peak condition, while like most things in life, the weather is in the lap of the gods.

“There’s no point me being nervous as there is nothing I can do about it. We’re just looking forward to seeing him on the track,” continued Gold.

“As long as it (ground) doesn’t get too bad, I’ve heard they’ve had two and a half millimetres and unless they have a three-hour storm, I can’t see it is going to make too much difference to the ground and we’ll take what we’re given.”

On the dirty scopes of Alenquer and Maljoom, he added: “As far as I know, when I spoke to William last he’s fine.

“Obviously it is something you take notice of and as the trainer the only thing they can do is scope him.

“They scoped him and he’s clear. Like you and I though, if something is brewing, you’re not going to perform at your best. So hopefully it is not, but until we know otherwise there’s no point making a thing about that. So far, all the tests have been good and he goes there in as good form as we can have him.”

Although odds-on at the head of the market for the Ebor Festival’s opening-day feature, this is arguably the toughest cast of rivals Baaeed has faced. Alenquer may be unable to line up, but there is still last year’s champion and multiple top-table scorer, a Guineas winner and a Champion Stakes runner-up lying in wait.

“It’s a Group One and you have to respect everyone in it, continued Gold.

“Mishriff was incredibly impressive in the race last year and I think I’m right William Haggas has said if the Mishriff of 12 months ago turns up he would be very hard to beat.

“Native Trail is obviously a very good horse, so you have got to respect them all. But we go there as the horse to beat and if he runs up to form and he stays, I think they all have Baaeed to beat.”

Plenty of water has passed under the bridge since Baaeed first stepped foot on the racecourse for his low-key introduction at Leicester in the hands of Dane O’Neill.

Little did Haggas know that nine races later he would be in possession of racing’s hottest property.

Recalling the early days, he said: “Most of ours run green first time and do much better on their second start, so the fact that Baaeed won first time out at Leicester made me think he could be all right. In his work afterwards he shaped up quite well, and when we ran him in a novice at Newmarket he hosed up.

“He then won a Listed race at Newmarket with authority, and afterwards the BHA senior handicapper Dominic Gardiner-Hill told me he could have put him ahead of the Guineas winner on what he’d achieved there.”

“I said to Jim (Crowley) at Goodwood that we had him for two more races and so let’s try to enjoy it. He’ll be off to stud afterwards, and that will be the end of it. We’ll be searching for another one for the rest of my career, and probably for the rest of his.”

David Pipe’s Grade One-winning hurdler Adagio has died after suffering a heart attack on the gallops on Thursday morning.

Following 3mm of rain overnight the ground at Thurles is now yielding to soft ahead of today's Flat card.