Baby back with another win for Hourigan 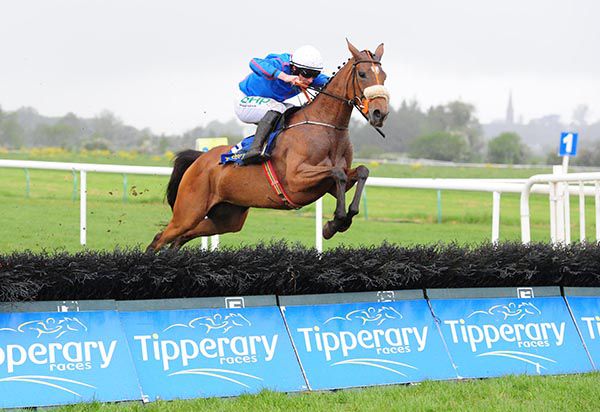 Michael Hourigan's charge used very different tactics to the first three winners tonight, all of whom made all, as she was held up in the early stages by Paul Townend.

The champion jockey made ground up leaving the back straight on the 6/1 shot and produced her to challenge over the second last.

The winner was making her first outing since finishing fourth at Fairyhouse in December. She was recording her fourth career win and all have come after a few months off.

"She is a good money-spinner and she is after growing two inches over the summer; she is not small now,” said Hourigan

"I'm delighted having a winner as I thought I had forgotten how to do it!

“I don't know where we go next but any time I wanted her she has won when fresh. I didn't enter her for Ballinrobe on Tuesday as you wouldn't pull her out quick."