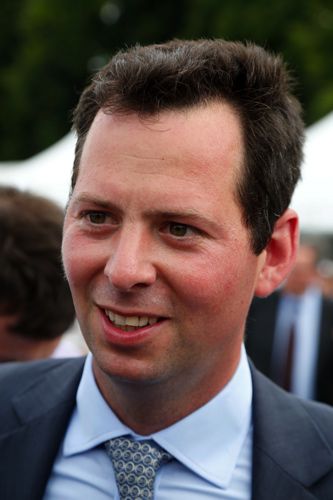 The Michael Dods-trained Mabs Cross, who is owned by the sponsor David Armstrong, finished only fourth in the Group Two 12 months ago — but then her career really took off.

She went close at Royal Ascot and the Curragh before being beaten a nose by Alpha Delphini in the Nunthorpe, but finally gained a Group One win in the Prix de l’Abbaye.

On her return to action this season, she defied a big penalty in the Palace House Stakes, and on Saturday is set to be giving 2lb away.

Alpha Delphini has not been seen since disappointing in the Abbaye, but trainer Bryan Smart has vowed not to take him on his travels again because he does not cope with it well.

Battaash won the race last year but finished only fourth in the Nunthorpe and the Abbaye, and has something to prove this season.

Another leading player is Tom Dascombe’s Kachy, who proved he has no peers on the all-weather when winning on finals day.

Aidan O’Brien could run the three-year-old Sergei Prokofiev, while Robert Cowell has also left in Pocket Dynamo from the sage age group.