Battle Of Midway off the mark over hurdles 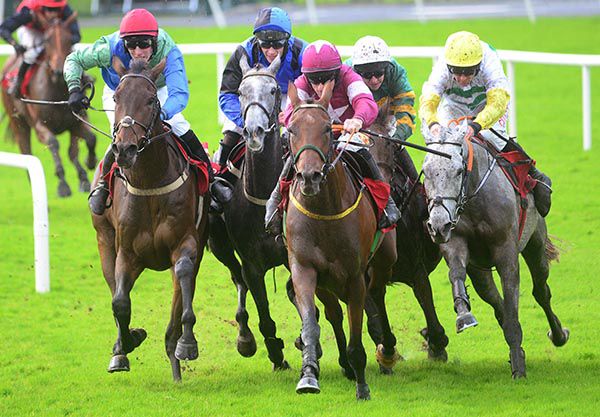 Battle Of Midway made a successful transition to hurdling in the opener at Galway as he saw off Thatsy at the end of an extended two miles three furlongs.

There were no less than five horses in a bunch sweeping round the home bend with Battle Of Midway pushed along by Sean Flanagan in a narrow lead.

Thatsy closed on him at the last and the pair were locked together at the furlong pole as Flanagan went for the whip.

In the final 100 yards, Battle Of Midway got the better of Thatsy and went on by two and a half lengths at 4/1.

The runner-up, Thatsy, was the 5/4 favourite. All Those Years was four and three quarter lengths away in third at 2/1.

Noel Meade said: "He stays well and loved the ground. He seemed to outstay the other fellow (runner-up Thatsy) and he could go up to three miles now.

"His jumping was a bit rusty early but got going as the race went on and we'll see how we go with him.

"Sean said the ground couldn't be soft enough for him."

Battle Of Midway contested four bumpers last season and was successful in Navan.

Mikey Fogarty made a return to the saddle after quitting race-riding almost two years ago, however, his mount Iridescent was never in the hunt and was pulled up before two out.