Beauty takes on Daahyeh again in Duchess Of Cambridge 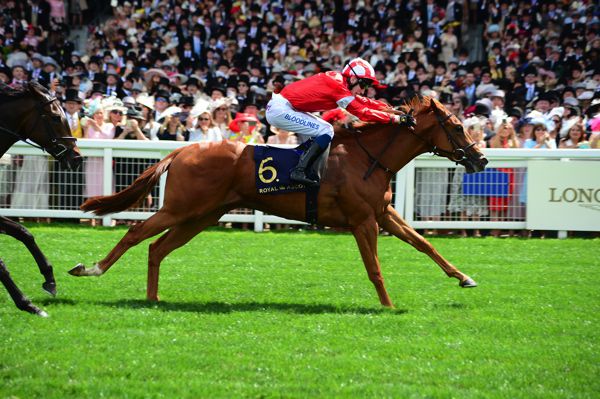 Roger Varian believes the Duchess of Cambridge Stakes is the perfect next step for his Royal Ascot heroine Daahyeh.

The daughter of Bated Breath displayed tenacity and talent in equal measure to win last month’s Albany Stakes — taking her unbeaten record to two following a smooth success on her Newmarket debut in May.

She may not have things all her own way on the July Course on Friday, with several talented fillies lying in wait, but Varian is looking forward to the challenge.

“It is the logical race to run her in,” said the Newmarket trainer.

“Later on in the year there is the Lowther — which is a speed test over six furlongs — and she is in the Moyglare (at the Curragh), a stiff test over seven.

“It was a big performance (at Ascot) and probably the first time she had been in a race — because she won comfortably first time up at Newmarket.

“She looked like she would get snagged inside the final furlong at Ascot — but she got a neck down, and it was only then that the penny really dropped. She got in a race and won quite tidily on the line.

“I think the Duchess of Cambridge looks a strong race, but she is a good filly.”

Daahyeh is re-opposed by Ken Condon’s Irish raider Celtic Beauty, who was a length and a half away in second at the Royal meeting.

Condon said: “It’s a very good race, as you would expect, but we’re happy with our filly.

“She ran a very good race at Ascot and showed plenty of pace. Maybe six furlongs on the July Course is a bit easier than six furlongs in Ascot, and I think that would suit us. The quicker ground will definitely be a help.

“They’re all good fillies and at this time of year it’s about which one is improving the most. Our filly is certainly stronger than she was going to Ascot, so we’ll see how we get on.”

The Mark Johnston-trained Raffle Prize is another aiming to follow up success at Royal Ascot, having run out a surprise winner of the Queen Mary Stakes under Frankie Dettori.

Charlie Johnston, assistant to his father, said: “I think it looks a deep renewal, certainly tougher than the colts’ equivalent (July Stakes).

“You’ve got a crossover between the Albany form and the Queen Mary form, and it’s going to be a tough race.

“It’s a tough ask for our filly, especially with the 3lb penalty. But if we wanted to stay in this country, there weren’t really any other options in the medium term, so we’ll let her take her chance.”

Lambeth Walk justified odds-on favouritism on her first two starts at Windsor and Chelmsford, and trainer Archie Watson hopes she can bounce back to form.

“She is a very talented filly,” he said.

“She just got taken off her feet in the Queen Mary before she stuck on well.

“The step up to six furlongs on better ground should suit her well. It looked like she was going to disappear out the back door at Ascot, but she kept on rolling.

“I’ve been very happy with her since Ascot — and I’m sure there are more races in her.”