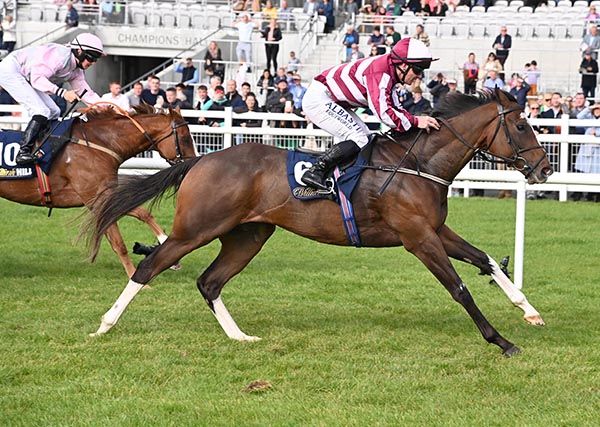 The Prince Of Lir gelding was held up in the five furlong dash by Gary Carroll before being asked to take closer order over a furlong from home.

It was a third win of the season for the four-year-old who had been a close fifth in the Bold Lad Handicap on his last visit to the course.

“This fella can't go into a stable and we have a companion with him who goes into the stable and Gordon puts his head over and we're able to saddle him,” said Brabazon.

“I think he is getting more professional. I'd love to be able to travel the horse, because he's got into that class now, but it's not easy to organise.

“Luckily the Curragh has a pile of races for him so he might spend his whole career here.

“People love the name and he's always too short a price. The fella that he was called after was a mad man in America.

“His father founded the New York Times and he spent all the money. He founded the Gordon Bennett race which is still commemorated here.

“We've decided that's it for the year. He's had a great time and there is nothing left.

“These sprinters seem to get better with age and he's not heavily raced. We'll spend the winter building him up and he could just be stronger again.

“The great thing is that he's learning to behave a bit. Gary said he was never as calm as today and we noticed it in the yard too. A lot of the quirkiness might be going out of him.”