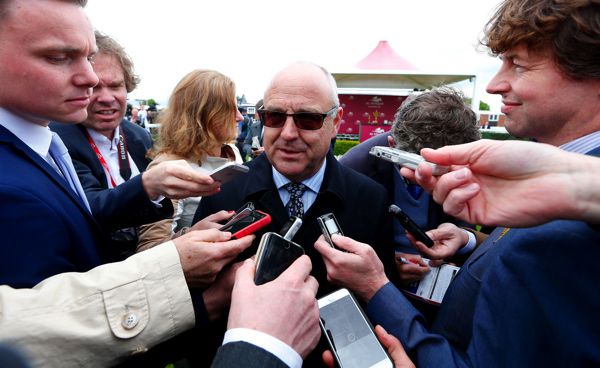 Liberty Beach maintained her unbeaten record with an authoritative display in the Hilary Needler Trophy at Beverley on Saturday.

Having made a successful racecourse debut at Redcar less than a fortnight ago, John Quinn's filly was an 11/2 chance as she stepped up in class for a race widely regarded as a trial for the Queen Mary Stakes at Royal Ascot.

The daughter of Cable Bay was nearer last than first as the eight-strong field raced inside the final two furlongs, at which stage Gay Kelleway’s Lady Quickstep - runner-up to Liberty Beach at Redcar — was in front.

However, Liberty Beach found top gear late on under David Allan and was well on top as she passed the post two and a half lengths to the good.

The hat-trick seeking 9-4 favourite Rose Of Kildare also came from the rear to fill the runner-up spot, with newcomer Moon Of Love running an eye-catching race to beat Lady Quickstep to third after stumbling at a crucial stage and then staying on again at the death.

Quinn said of his winner: "She had to be pushed along in the first two furlongs, and it was almost like she’d had two races - but she’s a very nice filly, and stayed on really nicely.

"Visually, she was very impressive, so it was a lovely result.

"We’ll definitely think about Royal Ascot. There’s obviously the Queen Mary, and she’ll also be put in the Windsor Castle."

Representing the same connections as the aforementioned Moon Of Love in trainer Richard Fahey, jockey Barry McHugh and owners The Cool Silk Partnership, Summer Sands was an 11-4 shot to build on his promising racecourse introduction when third at York last month.

Hot favourite Oh Purple Reign (5/4) - runner-up in the Woodcote at Epsom little over a week ago - loomed up as a big danger inside the final furlong, but Fahey’s colt saw him off by half a length.

Cool Silk partner Peter Swann, who is also chairman of Scunthorpe United, said: "This horse pleased us at York, when Barry didn’t give him a hard time.

"We knew he’d progress from that, and since then he’s just grown and grown.

"This was a good race, but he’s done it so well in the end and looks a proper racehorse.

"This is a nice prize to win, though, and hopefully we can get to Royal Ascot with him — for me, he looks like a Coventry horse."

Fahey said: “We were pleased with him at York, and the form from that race has worked out quite well.

"We thought he’d improve for that, and he’s done just that.

"Things can all change - but if I was choosing, you’d say he’d go for the Coventry Stakes."