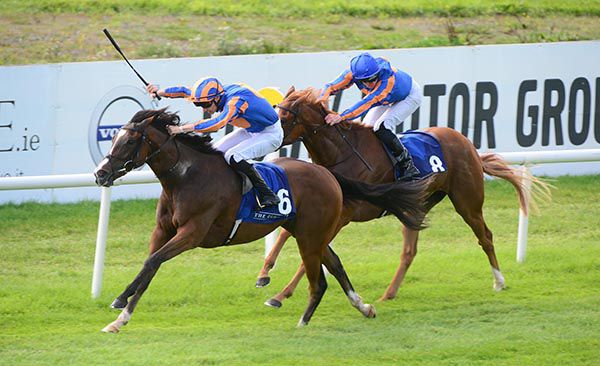 Qabala, an impressive winner of the Nell Gwyn Stakes, is among 16 confirmations for Sunday's Qipco 1000 Guineas at Newmarket.

Her trainer Roger Varian has also left in Mot Juste, who was runner-up to her stablemate in the Group Three contest over seven furlongs at Newmarket's Craven meeting.

"Everything has gone well with Just Wonderful. It’s all systems go so far," he said.

O'Brien's son, Joseph, has a strong candidate himself in Iridessa, winner of the Fillies’ Mile in the autumn and third on her reappearance at Leopardstown.

"She's in good shape and we will see what happens," he said.

"It's nice to go there with what we think is a live chance. She is working well and she had a nice run on her first run of the year.

"Hopefully we get a nice draw. We are looking forward to it."

Sheila Lavery's Lady Kaya, who had Iridessa back in third when taking the Leopardstown 1,000 Guineas Trial, also stands her ground.

The other Irish contender is Skitter Scatter, now with John Oxx after a superb juvenile campaign for Patrick Prendergast that culminated in victory over Lady Kaya in the Moyglare Stud Stakes at the Curragh.