Bite That survives a scare to grab his first victory 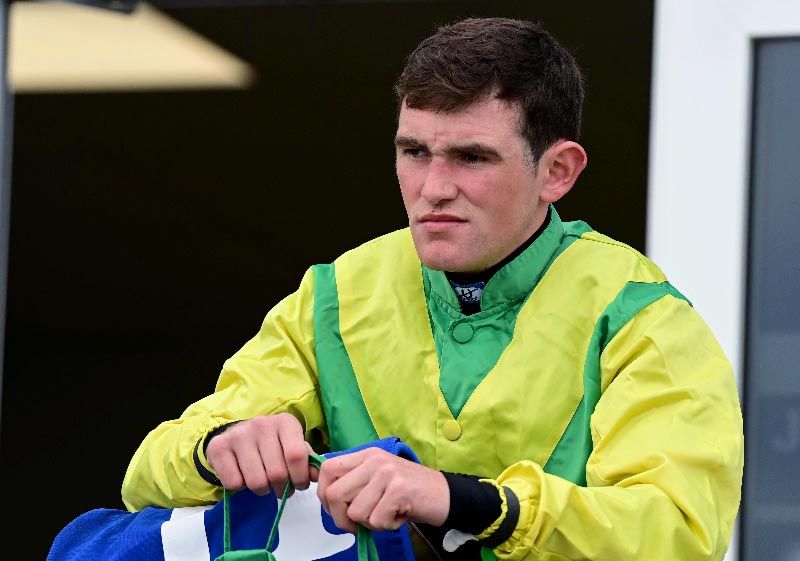 Gary Noonan took the riding honours aboard Bite That (6/1) in the Frank Gillane Memorial Handicap Hurdle at Tramore.

The six-year-old Milan gelding improved into second behind Flyaway Maggie on the long run to the second last.

He responded to Noonan's urgings to lead approaching that flight but, as he got near it, he appeared reluctant to jump it and reared slightly before jumping it very awkwardly.

Bite That almost took a chunk of turf out of the ground as he pecked badly upon landing, but Noonan retained the partnership and the pair were swiftly back on an even keel.

Bite That was ridden before the last to keep the revs up and a good jump there saw him keep on to fend off the closing Jazz Ranger (5/1) and Hard Target (8/1) in second and third respectively.

Trainer Pat Flynn said: "He has taken his time and will be a better chaser.

"Gavin (O'Mahoney) part owns him and we met out in the Canaries, we drink in the same bar out there. He has another horse with me as well.

"He will come on and just wants the fast ground. He never saw the second last.

"He might go for another hurdle before we send him on over fences."

This was Bite That's breakthrough success on his 13th start.