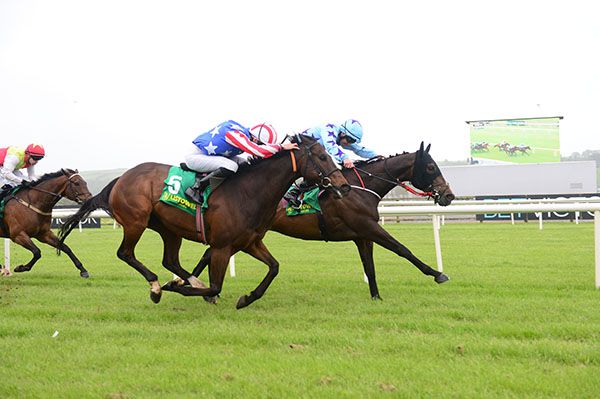 The son of Halling caused a 40/1 upset to win at Gowran on Wednesday and today gained a head win over Voyageofdiscovery at odds of 13/2.

McConnell was strong in his praise for jockey Carroll following the race and said “strictly speaking we were a pound well in but when we saw the draw we though 'ah god'! I told Gary (Carroll) before the race that if he won from his draw (in 17) I would be extolling his virtues to the press so you'd have to give it to him as it was a super ride.

“He thinks the horse is just getting his confidence now and he seems versatile ground-wise and came back in trip today on a tightish track. He doesn't owe us anything with two wins in five days and he might be back here again in September.”