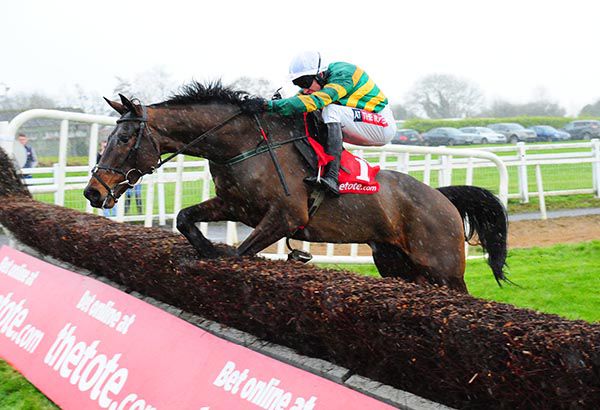 Enda Bolger plans to give Ballyoisin a well-earned break after he finished well beaten at Leopardstown last week.

The JP McManus-owned seven-year-old earned his shot at Grade One glory in the Paddy’s Rewards Club “Sugar Paddy” Chase after completing a four-timer with a runaway victory in the Fortria Chase at Navan.

However, Ballyoisin could finish only fifth of six finishers and Bolger feels his charge now deserves some time off.

“It was a very hot race and he’s on the go since Punchestown. He’s going home on holidays now and then we’ll have a spring campaign.”

Despite Ballyoisin’s reverse, it was still a successful Christmas period for Bolger.

The Co Limerick maestro saddled Auvergnat to win the Paddy Power Chase at Leopardstown, while Stand Up And Fight impressed in a hunter chase at Down Royal and could now be Cheltenham Festival-bound.

Of the latter, Bolger added: “He’s young — he’s only six — and we’ll work our way to the Foxhunter’s with him. That’s the plan.”