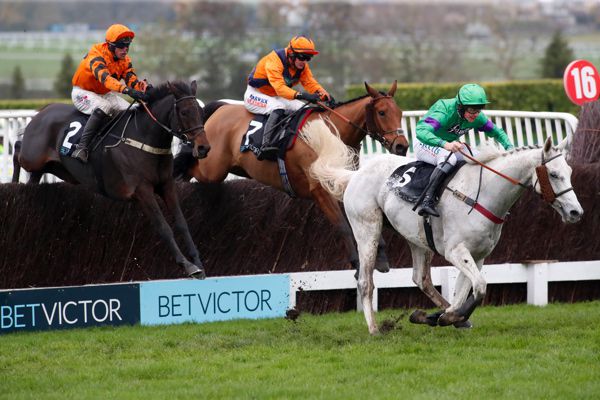 Robbie Power has been flying in recent weeks and won the big races on each side of the Irish Sea last weekend.

Last Saturday the BoyleSports Racing Ambassador won the Betfair Chase at Haydock on the impressive Colin Tizzard trained Lostintranslation before returning to Ireland on Sunday to partner the equally impressive Chris's Dream to victory in the Troytown Chase at Navan.

Robbie joins us to chat about his rides at Newbury on Saturday on Reserve Tank and West Approach.

I’m looking forward to Reserve Tank. He’s started off the season well, he was 2nd at Chepstow. A lot of people were probably surprised he was beaten but it was a nice start and he jumped well that day.

Then, at Wincanton he won impressively. He jumped better again and he settled so much better in the race which was good to see. He steps up in trip here which I don’t think is a worry.

The only concern I would have is if the ground got very soft. He seems to be more relaxed this season and hopefully he’ll take plenty of beating today and can follow up his win at Wincanton.

It wasn’t the most straight forward decision to make. Colin Tizzard gave me the choice of his four runners and I’ve decided to go with West Approach, I think he’s in good form.

He was very impressive at Cheltenham and it’s quite an enjoyable challenge riding him. He’s not the most straight forward of rides but I got on well with him the last couple of times.

We’ve found the key to riding him which is taking your time and coming late and hopefully in a race like this there should be plenty of pace which would suit him.

Mister Malarky is a second season novice and the kind of horse you would want for a race like this but he was very disappointing in at Ascot so he needs to sharpen up.

I’ve decided to go with West Approach; he’s only a 9 year old and he’s in good form and maybe it’s his time to win a big race.