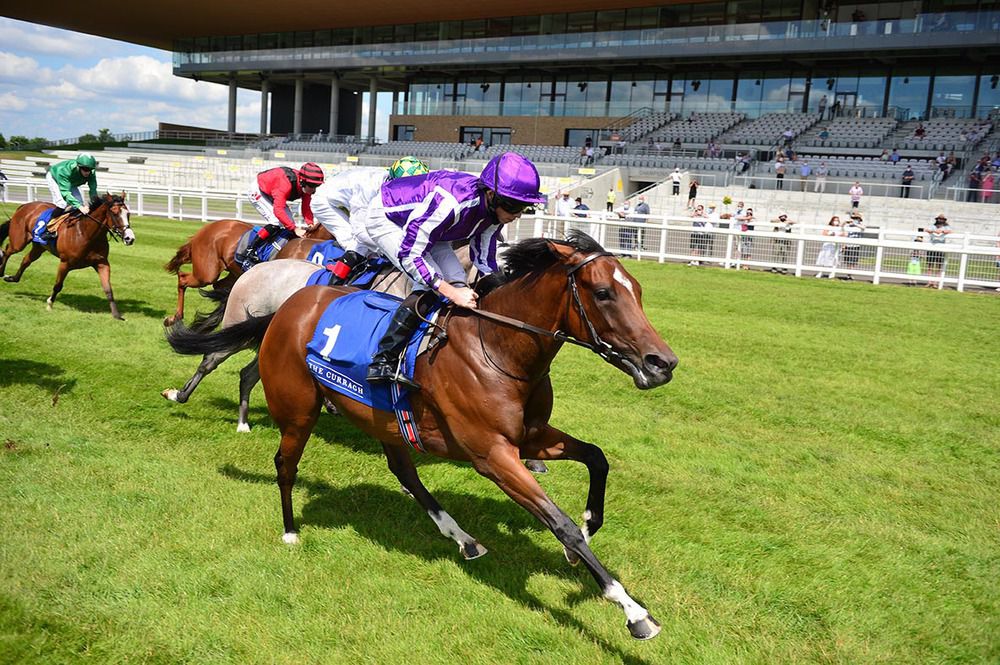 By Dubawi out of an Oaks winner, Galileo mare Was, Concert Hall justified 11/8 favouritism to build on a debut Fairyhouse second placing 11 days back.

Ballydoyle’s Concert Hall got a 33/1 first show quote with Paddy Power, after battling well off the front end for Ryan Moore, having looked as though she was staring defeat in the face from two furlongs out.

Just two lengths covered the first five home in this seven furlong heat, and at the line Concert Hall had half a length to spare from Voice Of Angels the Joseph O’Brien representative.

“Wayne rode her the first day around a bend in Fairyhouse and said when she was turning she got a bit lost and the winner got away on her,” said Aidan O’Brien.

“She’s tough and genuine and Ryan was very happy with her. The dam won the Oaks so she should stay.

“We’ll look at one of the seven-furlong races with her, maybe the Debutante.”

Breeders' Cup under consideration for Mishriff

Mishriff may yet have one last hurrah at the Breeders’ Cup after finishing down the field in the Prix de l’Arc de Triomphe on Sunday.

Galway Plate winner Hewick has been sent to America for a tilt at the American Grand National at Far Hills on October 15th, a race worth $250,000.

Soumillon admits he has “bridges to rebuild”

Christophe Soumillon acknowledges he has “bridges to rebuild” after having his retainer with leading owner-breeder the Aga Khan ended with immediate effect.

Affordale Fury made a winning start 'under rules' when asserting late on to take the concluding bumper for Noel Meade and Pat Taaffe.