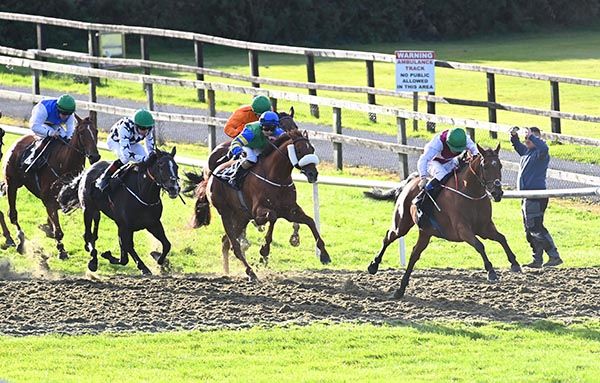 A Dundalk winner earlier in the year, the Luke Comer-trained gelding looked to have plenty on his plate from stall 16 but not for the first time, his young rider managed to negotiate a difficult berth. Lariat looked to have stolen the race when kicking on early in the straight but Bring Us Paradise was produced with a perfectly timed run to win going away.

The win meant a clean sweep for the Willie Mullins team, who had earlier won the first race with Fastman

Jim Gorman said:- “He just didn't handle the ground the last day, it was too soft for him.

“He's been running well, he ran well in Galway and Killarney but a fast pace here today suited. He loves coming off a fast pace.

“He has a good turn of foot. He's been trying all year and it's great to get the win.

“He'll go to Dundalk, we're going to have a lot of runners there.”