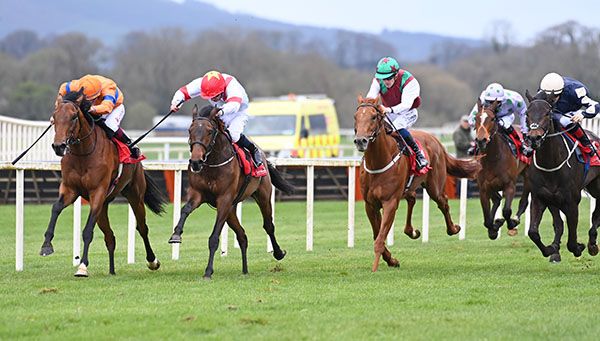 The son of Churchill was challenged by three rivals in the home straight but fought off all challengers to beat Ruler Legend by half a length.

Afterwards O'Brien's assistant Brendan Powell stated “it was a nice performance and he is a massive big horse. Last year his runs were over seven (furlongs) and ran well staying on and Dylan stacked them up behind him today and he picked up. He said he'd have no problem staying further and is a progressive horse.