Burrows Edge a fortuitous winner of the Lanzarote 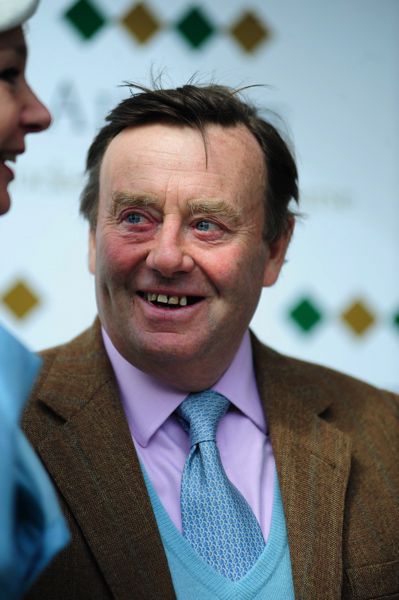 Burrows Edge ran out a fortunate winner of the Unibet Lanzarote Handicap Hurdle at Kempton.

The Nicky Henderson-trained runner looked booked for third at best approaching the final flight as Debestyman seemed sure to give Suzy Smith a valuable winner, only to make a bad blunder and get rid of Micheal Nolan.

That left Olly Murphy’s favourite Notre Pari in the lead, but as soon as his supporters thought they were going to collect, he also fell at the same flight.

All the while Burrows Edge was plugging on up the rail, having been sent wide for most of the two miles and five furlongs by Nico de Boinville, and he came clear to win by nine lengths from Vive Le Roi.

Burrows Edge was returning to hurdles after falling on his chasing bow at Ludlow last month and Henderson, who was winning the race for a fourth time, is likely to stick to the smaller obstacles with his charge.

He said: “That looked as if he is was well stuck in the mud at three out.

“He had a fall and you could still see he had Ludlow on his mind and he is a bit like that. I won’t say he isn’t brave, but he has a mind that takes plenty of clearing.

“It’s a race that has been quite lucky for us. Sophie (wife) said this morning two years ago I wasn’t here as I went off to get married and William Henry won it. I went to Scotland then, but today I’m here and we still won it.

“He is talented, but he is a horse that has got his quirks — there is no doubt about that.

“He is a horse that ought to be jumping fences and he was running a good race at Ludlow until he fell.

“I can see that happening (staying over hurdles). I can’t see any point in going to Bangor-on-Dee to win a 3,000 pound novice chase. We want try to get his confidence back and have a crack at another one of these.

“He has finished that enjoying himself, which is always a good thing. That is not his ground and he will be miles better on better ground.

“We will look at Coral Cups and things like that.”