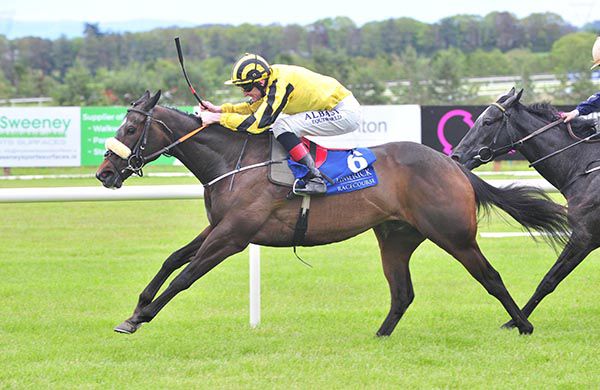 The daughter of Canford Cliffs was a debut winner at Dundalk in December 2017 and while unsuccessful on six subsequent starts, today made use of her lower turf rating of 56 when beating Cruella Dovil by a length and a half.

Fahey wasn't present and afterwards Manning said “she had a very good run at Navan over 5f and I'd say the step up to 6f was a help, she was comfortable there. It was a competitive race last time and I'm very happy with how she did it today.”