Chapple-Hyam looks towards York for Deja 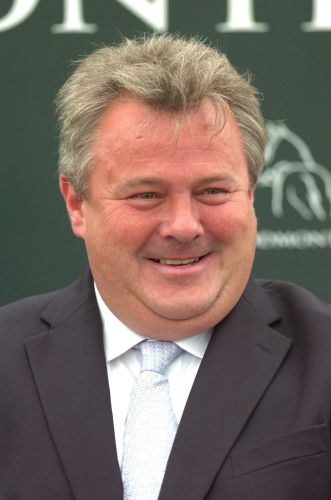 Peter Chapple-Hyam is considering the John Smith’s Cup or the Sky Bet Ebor at York as the next port of call for the progressive Deja.

Having his first run for 254 days at Kempton on Wednesday evening, Deja extended his winning run to three in some style.

His only defeat in five races came on his debut for the now retired Jeremy Noseda, and Chapple-Hyam has some grand plans for the four-year-old.

“I was very pleased with that, very happy with him because he’s been off a while,” Chapple-Hyam told www.phoenixthoroughbreds.net.

“The all-weather is not really his best surface. He’s much better on the turf, but I couldn’t be any happier really.

“Andrea (Atzeni) gave him a great ride, as he did last year at Pontefract.

“He knows the horse — which helped, because it all went a bit wrong as they came out of the stalls, but he bided his time and picked him up when he wanted to go.

“He says he’s just a dream to ride — although he’s lazy, but when you ask him he’ll go.”

Having won his previous races over 10 furlongs, Deja handled the step up to a mile and a half with aplomb, but Chapple-Hyam would not be perturbed about dropping back down in trip.

“I still think he’ll be fine over a mile and a quarter,” he said.

“But we had to run here, because it was the only race suitable. With that in mind, we might go to the John Smith’s Cup next, because if we had a bit of rain that mile-and-a-quarter trip would be perfect — if not there, perhaps the Ebor.

“I think we’ll stick to targeting the big handicaps at the moment, while keeping an eye on the Group races.

“There’s lot’s of big prizes on offer for him now, especially during the autumn. You never know, should everything go to plan we might have a trip to Melbourne at the end of the year.”