Cheltenham trip on the cards for Peregrine after Thurles win 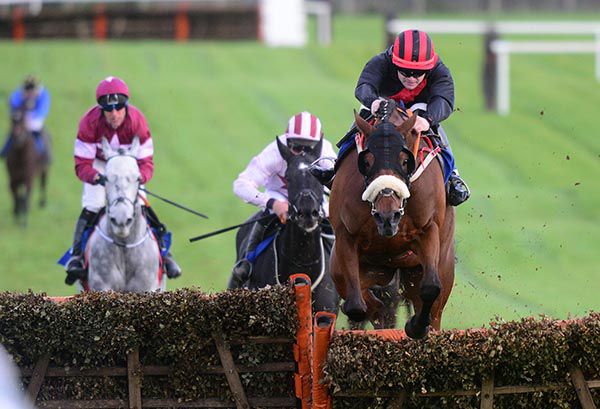 The race is named after his brother Paul’s He’llberemembered, a 3-time winner of this in the past, and Peter Fahey’s Peregrine Run lived up to his 4/7 favourite billing in today’s Thurles highlight.

An extended two and three quarter mile hurdle for five-year-olds and upwards that hadn’t won more than two hurdle races since April 29th 2018 seemed to be right up Peregrine Run’s street.

So it proved under his regular rider Kevin Sexton, the now 16-time scorer putting his seal on the five runner event in the straight.

"He is an unbelievable horse. When I looked at the race I thought he had a great chance and conditions and everything came right," said Fahey.

"He'll go to Cheltenham now for a handicap chase next month. That's as long as he comes out of today ok. If the ground is good over there, the boys are keen to go back for the craic.

"The weather will tell us where we go after Cheltenham or whether we give him a break until the spring.

"He was actually heavy coming here today as we gave him a break after Galway. I left him out of the Grade 1 chase at Down Royal as he wouldn't get his ground, it would be too hot for him and the trip would be too far."