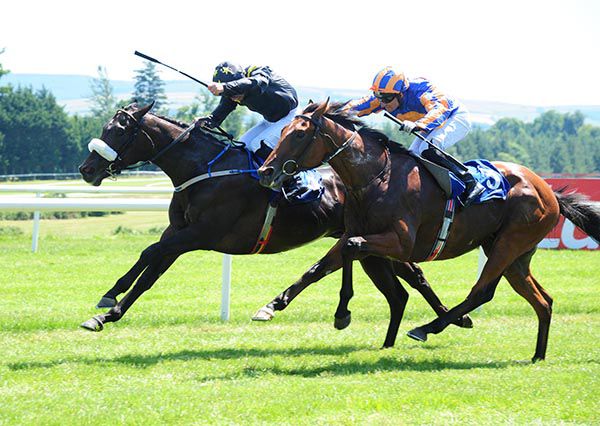 Rory Cleary is looking forward to a “special” moment when his father Tom gives him the leg up on Hillwalker for the Tattersalls Irish 2,000 Guineas at the Curragh on Saturday.

The Foxwedge colt represents the aptly named Dream Big Syndicate in the classic, a group made up of family and friends of the Clearys.

Cleary junior is hoping for a bold show from the outsider who makes his first start since landing a Gowran Park maiden last June.

His father Tom trains a small string of horses near Athlone in County Westmeath and having a runner in the prestigious race is generating great excitement among connections.

The jockey said:- “It's great. I never thought we'd have a horse good enough to canter to the start with a Guineas horse never mind line up with them. We're going to enjoy every minute of it.

“We're all family and friends and I'd say there will be more in the parade ring for him than for some of the big horses.

“We've been dreaming about it all the time but we're just hoping that he can run a good solid race and run respectably. Anything that happens after that would be a huge bonus.

“It's going to be very special. I don't think my Dad ever thought he'd have a horse capable of going in a Guineas and I didn't think I'd ever be getting a leg up in a classic for my Dad.”

Hillwalker will be making his seasonal bow in the mile classic and Cleary revealed that he had met with a slight setback after his victory last year.

“After he won his maiden in Gowran we were setting him up for a race on Champions Weekend in Leopardstown but he just got a touch of sore shins so we backed off him and let him be.

“We've been very happy with his preparation this season so far and he's going very well.

“We don't have any good horses to go with him but he's definitely showing plenty of signs of having plenty of talent at home.

“Dad would have 10 or 12 in max at the moment and the majority of them might not even ever get to the racetrack.

“It will be a great achievement to get this fella to the Guineas and to run a big race.

“Where we come from, the home place down in Carrick-O-Brien near Athlone, is kind of the back of beyond and there wouldn't be a whole lot going on down there.

“For us to produce a horse to go and run in the Guineas, from our little road, is a big achievement.”

It's almost 16 years since Cleary partnered his first winner and he has made a good start to this year with seven winners on the board so far.

(Cleary was in conversation with journalist Dave Keena)