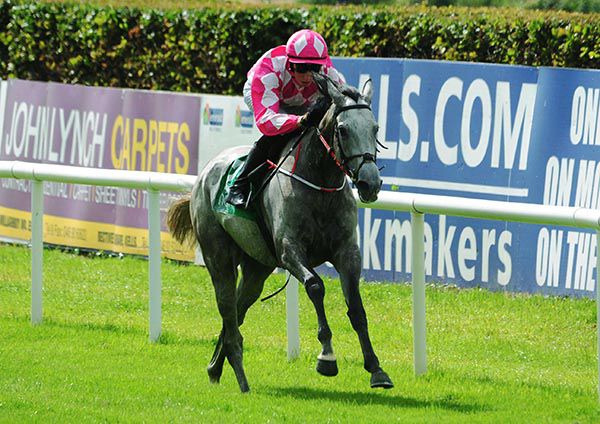 The John McConnell-trained filly surged into the lead over a furlong-and-a-half from home and soon settled matters in the ten furlong contest.

The winner was making her second outing of the season having finished fifth on her return to action at Naas last weekend.

“That was good — maybe too good!” said McConnell.

“She's obviously still improving. Sh'e probably going to get quite the hammering for that although it mightn't have been the greatest of races, it didn't look it when we entered.

“I'd say she'll end up hurdling, her mother was quite a good hurdler for Noel Meade — she got black-type over hurdles.

“She will go down that route at some point. She jumps really well and is like a cat to jump.

“I'm delighted with that. She had a long break before she ran last week and we weren't sure whether she'd bounce out of it but she was good and got a nice ride from Ross.”