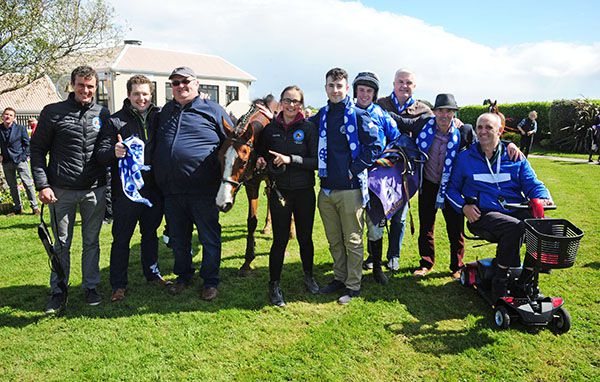 Colenso responded well to pressure to win division one of the Coast Rosslare Strand Handicap Hurdle in Wexford.

He was pushed along by JJ Slevin approaching the home turn but made good headway to tackle Our Jerry at the second last.

He pecked at that hurdle but it didn't cost him much momentum as he still held a narrow lead jumping the last. Zoffalee was almost on terms and looked very dangerous on the outer but Colenso was driven out to score by two and a quarter lengths at 8/1.

A morning-price gamble was landed as he was backed down from 16/1.

Zoffalee also attracted euro in second at 12/1 from 16/1 on opening show.

Our Jerry (the 4/1 favourite) finished third, some five and a half lengths away.

Handler Pat Flavin, who was saddling his first track winner since May 2011, said: "We were hoping he'd run well. It was his first run in a handicap and he is after having a couple of nice runs in maidens but just wasn't good enough for them.

"We will get over today before making a plan.

"Miracle Cure was the last horse the syndicate had and we lost him here last year. The syndicate went to the sales the next week and picked up this lad.

"My son John does most of the training and we'd mostly have point-to-pointers."

There are six in the winning syndicate and they are from Waterford.