Crosshue Boy has Galway in his sights 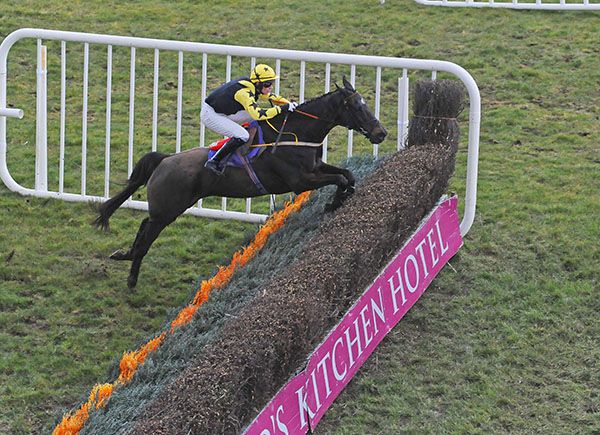 The Co Wexford handler reports the nine-year-old to be on his end-of-season break after ending the campaign on a low.

Crosshue Boy was well-backed for the Scottish Grand National only to stumble and fall after jumping the seventh fence. He then went to Fairyhouse but was never in the hunt and was last of six to Jett in the Grade Two Devenish Chase.

“I’m still sick after what happened in Ayr. He jumped brilliantly early on there,” said Doyle.

“We got a little bit carried away going to Fairyhouse — he wasn’t fully right there.

“He is on a break now, and we will probably aim him at Galway or somewhere like that.”

Doyle is planning to take Gracemount back to Kilbeggan following her victory there last month, as long as conditions are suitable.

“Gracemount might go back to Kilbeggan early next month for a three-mile-one handicap chase,” he said.

“If it rains she will go there.”