Cusack & O'Regan strike with another Snugsborough 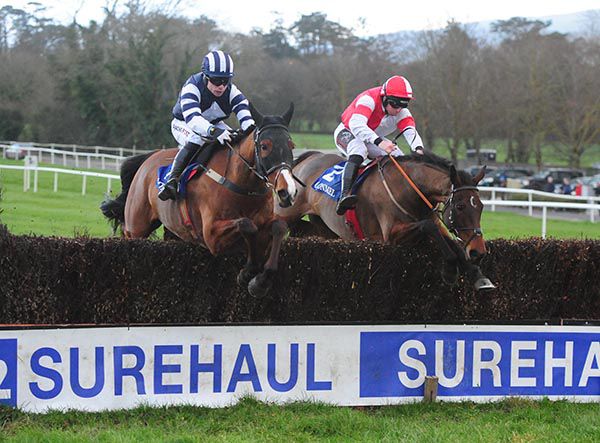 Liam Cusack and Denis O’Regan successfully teamed up for the second time in just over 24 hours as Snugsborough Hall pleased favourite backers in the MicrodogID Beginners Chase at Clonmel.

The Cusack/O’Regan alliance were on the mark with full-brother Snugsborough Benny at Fairyhouse yesterday but different tactics were adopted here as the 7/4 favourite made a lot of the running.

The eight-year-old son of Beneficial was headed briefly by Battling Spirit at the second last but a good jump had him back in front at the last.

He kept on well on the run-in to beat that rival by two lengths, with Roxboro Road another 15 lengths away in third.

Cusack said, "He is a work in progress and can be hard on himself. On the inside track here it is tight and it is hard to make up ground so we said if we jump out fourth or fifth and if he gets there, let him be there and keep filling him.

"I was delighted with the way he picked up after the last, having got in tight to it. He was entitled to win and he likes a bit of nice ground. He's a nice horse."