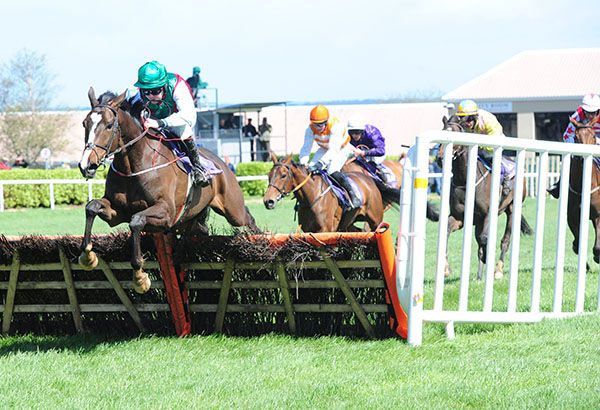 Dashing Daisy made a winning start to her career in the mares' maiden hurdle over two and a half miles at Wexford.

She turned for home at the head of affairs and had Araukan and Cash Me Outside scrubbed along in second and third respectively.

She popped the last and kept on well to win by nine lengths at 25/1. Cash Me Outside took second at 9/2 with Dylan Rock third at 4/1.

Jockey Luke Dempsey said: "I never sat on her before but Paul (Flynn) was confident enough when I spoke to him yesterday, he said he liked her.

"She was probably a bit free early on so I just let her roll away to the front and she pricked her ears. Once they came to her she picked up again.

"I'd say she'll get further, she'll probably get three miles. She is a nice mare."