Davison takes on Goliath in Musidora 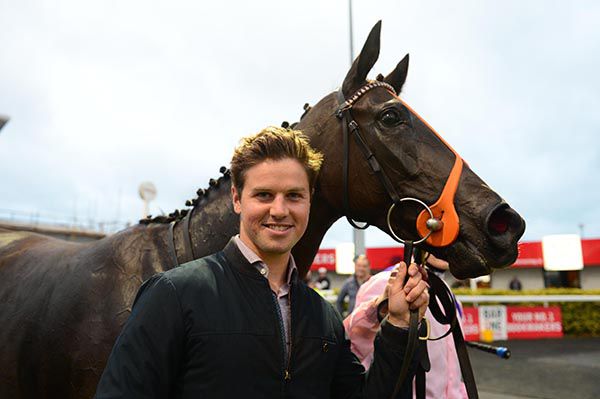 Rookie Irish trainer Jack Davison is taking on the big boys at York today when his sends Fresnel over to tackle the Group 3 Tattersalls Musidora Stakes.

The daughter of Sea The Stars was beaten only two lengths when fourth to leading Oaks contender Pink Dogwood in the Listed Salsabil Stakes at Navan last month, and her fledgling trainer is confident of a bold showing on the Knavesmire.

“Dermot Weld’s filly who finished third in the Salsabil (Tarnawa) came out and won the Blue Wind Stakes over the weekend, so that boosted the form.

Sparkle Roll and Entitle give John Gosden a formidable hand as he seeks a seventh victory in the Musidora Stakes at York.

It is 26 years since the Clarehaven maestro first landed the recognised Oaks trial with the Marillette — and he did not strike gold again until Joviality’s victory in 2011.

However, he has been the dominant force since — winning five of the last eight renewals — and he appears intent on adding to his tally on Wednesday.

Sparkle Roll heads the betting following her decisive comeback victory at Sandown last month, but Gosden has all but ruled out a tilt at the Investec Oaks at Epsom, instead preferring a trip to Royal Ascot.

“The jockey (Oisin Murphy) and I felt before the race at Sandown that she would be much happier meeting the ground.

“If she ran well in the Musidora she would go to the Ribblesdale, because we feel she will be better at Ascot than Epsom.”

Sparkle Roll’s stablemate Entitle is certainly bred for the job as a half-sister to the Oaks heroine of two years ago, in the brilliant Enable.

The daughter of Dansili has plenty to prove on form, though, with her only win coming on the all-weather at Lingfield in December.

“She has had a difficult spring and she has just come to herself now,” saiad Gosden.

“She did have a big gap between her debut run at Newmarket (finished sixth in June) and Lingfield — and we ran her on the all-weather, because that is where a lot of the races for fillies like her have been.

“When the ground has gone deep in the autumn, the all-weather is a good place to be running them.”

Entitle is one of two runners for leading owner Khalid Abdullah, along with the Ralph Beckett-trained Sand Share.

She justified market confidence with a debut win at Yarmouth in October and makes her first start since in this 10-furlong Group Three.

Oppenheimer said: “We think she’s a useful filly, which is why she’s in the race, but she has only won a novice race so far.

“I think William was keen to run her in the Oaks trial at Lingfield (last Saturday). But there was lot of rain forecast, and it looked like the ground might go heavy — although a lot of it failed to materialise.

“The Lingfield race was over nearly a mile and a half on soft ground — and this is a mile and a quarter on fast ground — and I think the feeling was if we’re going to go for an Oaks or (Royal) Ascot, we didn’t want her to have too hard a race on her first run of the year.

“I’m going to York to watch her run, but I honestly couldn’t tell you whether she’ll get placed or not.”