Daybreak Boy to shine at Clonmel 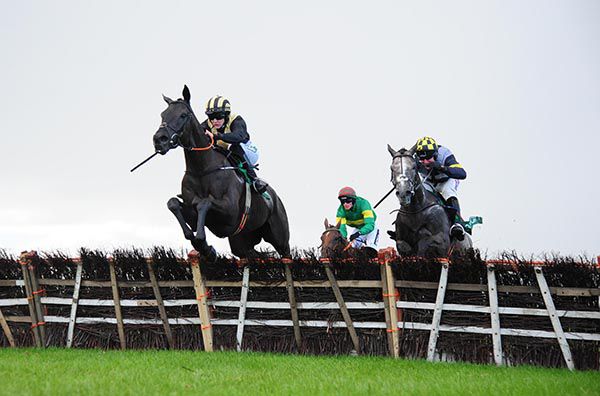 Henry de Bromhead enjoyed a golden spell over the festive period with 13 winners in the space of just 10 days — and Daybreak Boy may keep up the good work in the Munster Hurdle at Clonmel on Thursday.

The dual-purpose gelding boasts a rating in the high 90s on the Flat and opened his account over hurdles last autumn in a 24-runner maiden at Navan.

Rachael Blackmore has built up a highly successful partnership with the Knockeen trainer this season, and is again in the saddle.

Most of the top yards are represented in this seven-runner two-mile-three-furlong event, with Count Simon, Law Girl and Epswell among the opposition.

Joseph O’Brien continues in good form under both codes with his powerful team, and Best Not Argue is an interesting recruit to the jumping game in the opening Kilsheelan Mares Maiden Hurdle.

She has won four times on the Flat up to a mile, and progressed well last autumn winning on varying ground conditions at Roscommon and Gowran Park.

JJ Slevin also partners Camile for the Piltown trainer in the Lisronagh Handicap Hurdle, where the Leicester winner may have most to fear from Lord Boru and Still Alive.

Sidetracked appears far removed from his illustrious half-brother Cue Card but the Beneficial gelding, a point-to-point winner at Lisronagh, has every chance of opening his account on the track in the Rathronan Maiden Hunters Chase.