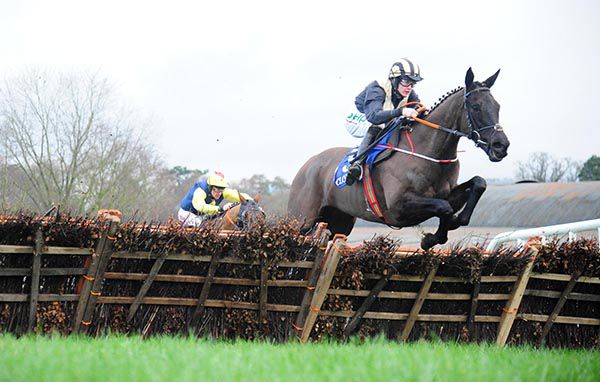 Henry de Bromhead's charge went to post a 13/8 shot for the two-mile-three contest and tucked in behind the leaders in the early stages.

That rival came under pressure jumping the second last and Daybreak Boy stayed on strongly in the closing stages to post a nine length winning margin.

The winner was taking a drop in class today having finished sixth behind Aramon in the Grade 3 For Auction Novice Hurdle at Navan in November.

"He did it really nicely and he stayed well which was good. I'm delighted to get it for John (Byrne) and it was a super ride from Rachael,” said de Bromhead.

"He could go back into novices for a start but we'll see how it all unfolds. We'll see what mark he gets for that and he was well-in so won't get penalised much.

"I'll speak to John and see what he wants to do but he could go for the Martin Pipe Hurdle at Cheltenham, I wouldn't discount that idea."