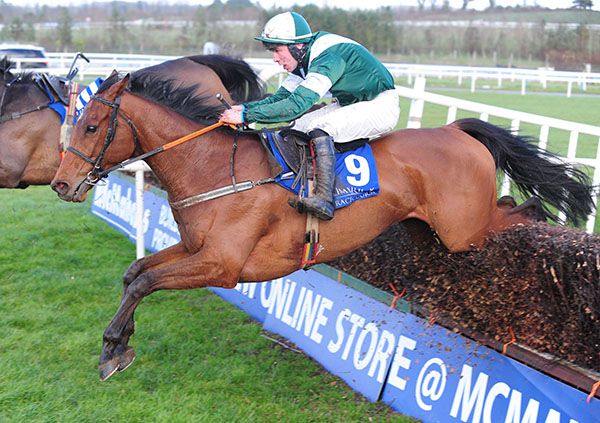 Thosedaysaregone quickened up smartly in the closing stages to prove too strong for hotpot Mall Dini in the beginners chase at Limerick.

Kevin Brouder produced the 5/1 shot to lead at the second last in the two-mile-one contest and he had matters in control going to the final fence.

The Charles Byrnes-trained gelding ran on strongly in the closing stages, when asked for an effort, to post a four-and-a-quarter length success.

The winner was making his chase debut today and was adding to a bumper and hurdle win.

"I'm delighted with the way he jumped. He was a good jumper of hurdles and took to it (fences) today,” said Byrnes.

"I only started schooling him over fences two weeks ago but he really took to it straightaway. Ground doesn't seem to bother him either way."