Donn strikes for O'Connor and Cromwell 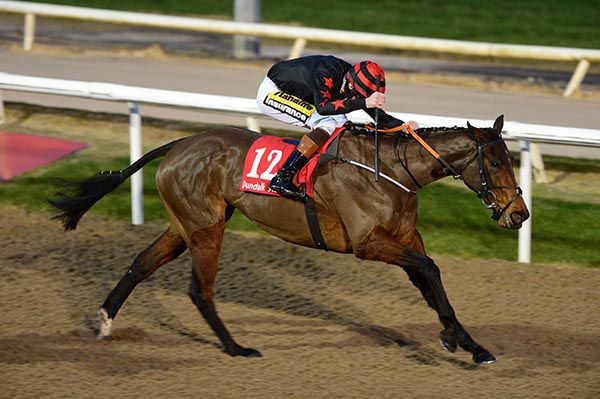 Nisior Donn swooped through in the final furlong to land the spoils in the Crowne Plaza Dundalk Apprentice Handicap.

10/3 favourite Billyfairplay claimed the lead over two furlongs from home in he seven-furlong contest but couldn't hold the late charge of Nisior Donn.

Donagh O'Connor produced Gavin Cromwell's charge to lead inside the final furlong and she was well on top at the line to post a length-and-three-quarter win.

The 8/1 winner had went close on a couple of occasions last month having previously dead-heated here on January 11th.

O’Connor said afterwards:- “She actually jumped quick enough from the stalls but I was happy enough to take her back and bide my time.

“There was a lot of pace on and with a strong headwind it was only going to help a horse coming from off the pace and getting a bit of cover. It worked out a treat and she won well in the end.

“She’s enjoying her racing. Usually she takes a bit of persuading to get into the stalls but today she walked straight in. There is definitely more to come from her.”