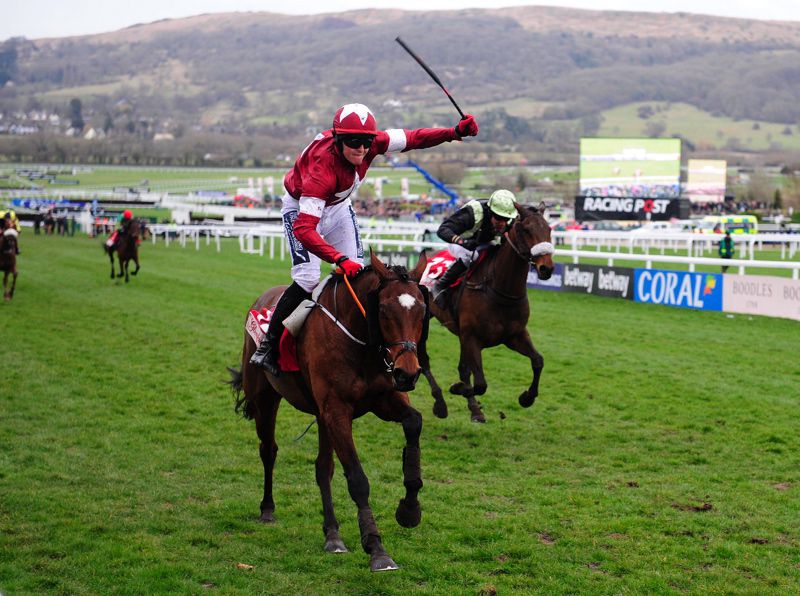 Keith Donoghue believes Tiger Roll could be in even better form this year as he bids to win successive renewals of the Glenfarclas Chase over the cross country fences.

Gordon Elliott’s nine-year-old famously went on to win the Grand National after his return to form over the unique fences and won a Grade Two hurdle on his most recent outing over an inadequate trip.

Tiger Roll will also create his own little piece of Festival history if he is successful, having already won three times at the big meeting.

Donoghue was unable to do the weight in the Grand National and was replaced by Davy Russell, but he reclaims the ride this week.

“I don’t think there’s any more pressure on him this year despite being a short price, you want to be coming to Cheltenham riding those horses,” said Donoghue.

“You’d rather be riding an even money favourite than a 33-1 chance.

“I’m looking forward to it. He’s in great form and if we can get a run around like we did last year and with a bit of luck, you’d be confident.

“There’s an argument for saying he’s a better horse this year. His form is better coming in this year as since he won it last year, he’s won the Grand National and a Boyne Hurdle. Last year he’d lost his form and it was this race that sparked him back.”

Down the years there have been several examples of jockeys taking the wrong course, but Donoghue has a novel way of getting around that.

“I just follow the one in front and hope they know what they are doing!” he said.

“When I first began riding in the race I did wonder how I’d get the hang of it, but you soon pick it up.”

“I would say this year’s Glenfarclas Chase is the best renewal of the race. Obviously, Tiger Roll is the one we all have to take on and is the standard bearer. There’s 32 fences to be jumped and we’re looking forward to the race.

“Auvergnat won a nice pot over Christmas at Leopardstown and we intentionally have kept him fresh for this event.

“Josies Orders also won nicely at Punchestown on his latest start. Both of the horses know their way around here well and we’re looking forward to good runs, but Tiger Roll is the horse you have to seriously respect.

“I haven’t had a winner at the Cheltenham Festival since On The Fringe won the Foxhunter three years ago.”