Doubles for O'Keeffe and O'Brien with Successor 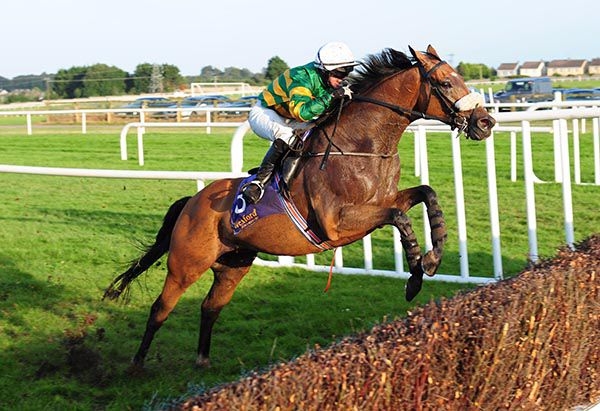 Darragh O’Keeffe earlier shared the spoils on dead-heater Black Spot On in the 6.50 but he was at the number one spot on his own courtesy of Successor in the Opel 192 Handicap Chase at Wexford. Smithscorner fell two out when disputing the lead here, and Successor then went on to account for My Manekineko by a length.

This brought up an across the card double for Joseph O’Brien, on the mark at Down Royal with Downdraft

After a 33rd winner overall O'Keeffe said: "I probably got to the front too soon. He travelled away and jumped great.

"He is just one of those that you have to keep on the bridle for as long as you can. He wasn't really doing a whole lot but his head was still in front at the line and that is the main thing.

"That's my first winner for Joseph as well so it's great. Frank (Berry) and Mr McManus (owner) have been giving me a few spares and it's great to be picking them up."

B.J. Cooper, rider of Shawshank trained by Paul Nolan, reported to the Clerk of Scales that his mount pulled up lame.