Dual bumper winner Jer off the mark over flights 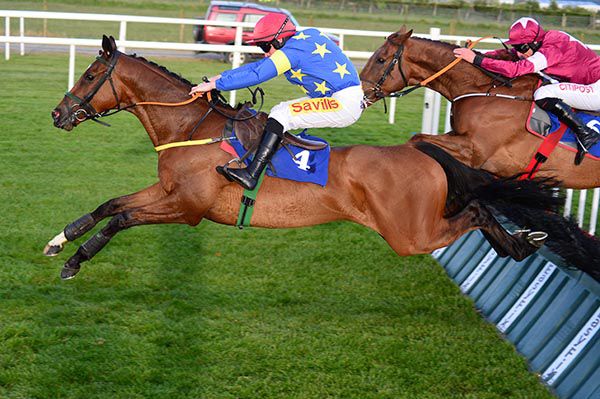 “He’s a nice summer horse as he bounces off that ground," said trainer Noel Meade after winning the Follow Us On Facebook Maiden Hurdle with the Harbrio Partnership-owned Jerandme at Roscommon.

Stable jockey Sean Flanagan did the steering on the successful Azamour gelding and he raced in mid-division, before making progress into third after four out.

Jerandme challenged three out, and he disputed and made a slight mistake two out.

The Tu Va runner then led before the last, ridden and keeping on well on the run-in to account for Warlike Intent by two lengths.

“He’s a bit bubbly and there wasn’t too many in the race which was a big help. Sean gave him a lovely ride and got him into it without having to buzz him up," elaborated Meade.

“He got lit up at Cork last year and blitzed hurdles out of it. I was worried that it might happen again so we were keen to hold him up.

“He was in training all last year and we felt he wouldn’t go on heavy ground so we gave him a couple of months off. We then decided to give him a break until this season.”