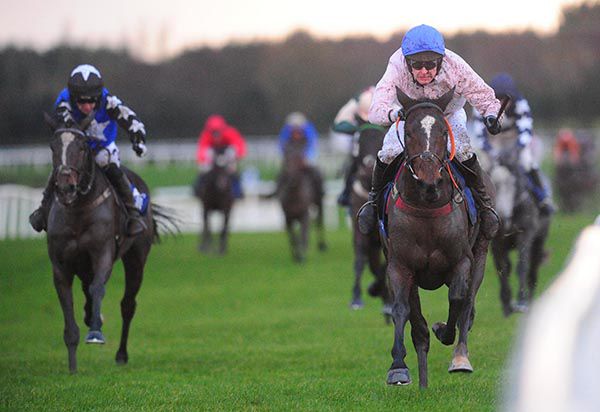 The daughter of Jeremy made a big impression when scoring on her debut at the County Meath track last month.

She was sent to post a 25-1 shot for a mares’ bumper, having traded as big as 66-1 in the morning, but cruised into the lead turning for home before recording a cosy three-and-a-half-length success.

McLoughlin is expecting plenty of improvement from the five-year-old with that experience now under her belt.

“She’ll have an entry for the Listed fillies’ race at the Dublin Racing Festival,” said the Ratoath handler.

“She’ll want a bit of ease in the ground, though.

“We were jumping into the dark the first day with her as we hadn’t got her away on grass. We liked her going there.

“She was very green and she’ll improve from it.

“The break in between the races would have helped her as she was raw.

“We’re hoping that she could maybe pick up a bit of black type before we go jumping hurdles with her.”