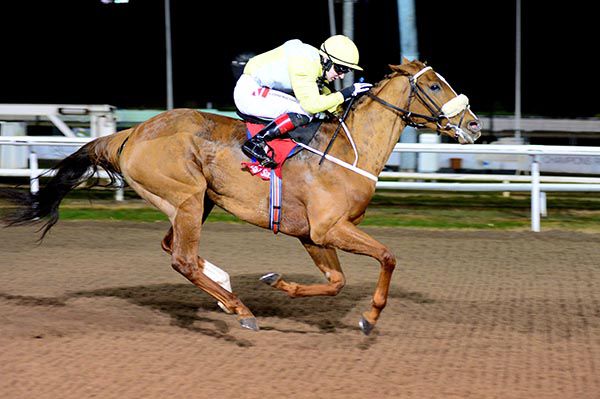 The Approve mare has won three times on the Polytrack in the past few months, and the step up to this mile-and-a-half trip suited her well when justifying good support before Christmas.

Itsalonglongroad needs to be held up as long as possible and the tactics only just failed when beaten a nose by Markhan last month.

The pair are in opposition again, while another to consider is impressive course-and-distance winner Rips Dream — although Wayne Lordan’s mount must cope with an 11lb hike in the ratings.

Lordan has a decent book of rides on this all BetVictor-sponsored eight-race card, and he partners the Fozzy Stack-trained Empire Line in the six-furlong maiden.

He also holds bright prospects in both divisions of the 45-65 rated 20-furlong handicap aboard Spanish Dawn and Tiernaur General.

John Feane’s runners are always worth a second look at this venue, and the Curragh-based trainer may have the answer to the mile handicap with Turn On The Tears.

The Cape Blanco mare has dropped down to an attractive mark and found six furlongs too sharp here last time.

Feane and rider Mark Gallagher also team up with Billyfairplay in the seven-furlong rated race.

The Dark Angel gelding routed the opposition when making all over six furlongs last month, and a massive 17lb rise may not be enough to prevent him following up here.