Dylrow follows up at Fairyhouse for Hennessy 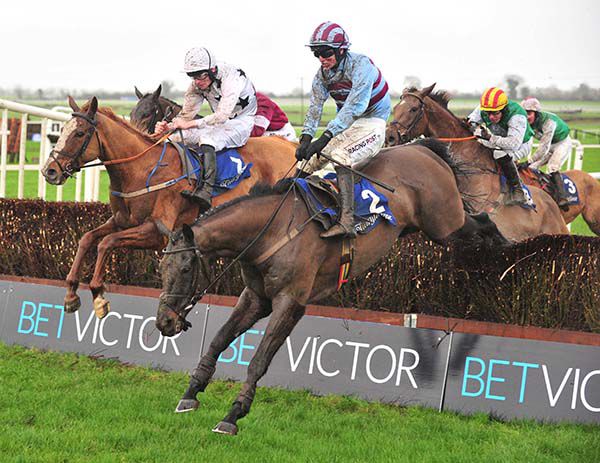 Dylrow made it two wins at Fairyhouse in the space of just 11 days when benefitting from a patient ride by Danny Mullins to take the Fairyhouse Racecourse Members Handicap Chase.

The Kalanisi gelding finished well when causing a 20/1 shock last time and repeated the dose here over 2m1f.

Just a couple of lengths separated the field between the final two fences but Dylrow swooped on the stands’ side to lead at the last before staying on well to score by a length and a quarter. All The Chimneys took the runner-up spot with top-weight Dakota Moirette a head back in third.

“The horse was good. I said to Danny 'take your time on him' as there would probably be a bit of pace on. The last day when he hit the front he looked around so I said to take your time and he certainly did.

“He is a chaser, you can see the way he jumps, he's brilliant over a fence but we could come back here at the end of February for a little hurdle race.”

However Hennessy is seriously considering his future as a trainer due to lack of numbers adding, “The licence is up at the end of February. I've only got him and Space Ship and it wouldn't pay to just have two horses by the time you pay insurance and your licence and stuff.

“Bar I get a phone call tonight with someone saying there are five or six horses coming your way it would be very difficult to renew. We'll sleep on it again. I have a couple of young horses. I've Rubi Light's sister and I'm breeding off her. When you're weighing up things you have to be sensible as well.”