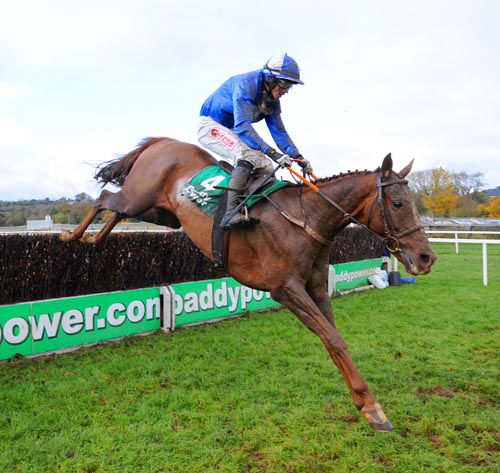 Gavin Cromwell is weighing up options at Newcastle and Punchestown for his veteran staying chaser Raz De Maree.

Now a 14-year-old, he was not disgraced when attempting to win the Welsh National for the second successive year — in fifth behind Elegant Escape.

Given his liking for marathon trips and testing ground, there are not too many races in the calendar he can be aimed at — but two upcoming are the Betfred Eider Chase at Newcastle and the Grand National Trial at Punchestown.

“It was a great run — it was just the ground wasn’t soft enough for him,” said Cromwell.

“He was staying on again at the end, as usual. But you’d expect the ground to be softer, and it just meant those in front didn’t come back to him.

“Unfortunately there aren’t many options for him — he needs a real trip and soft ground to slow the others.

“He could possibly go to the Eider next or to Punchestown for the Grand National Trial there.

“After that it’s a possibility that he’ll go to Uttoxeter for the Midlands National.”