Eight in against Espoir at Naas 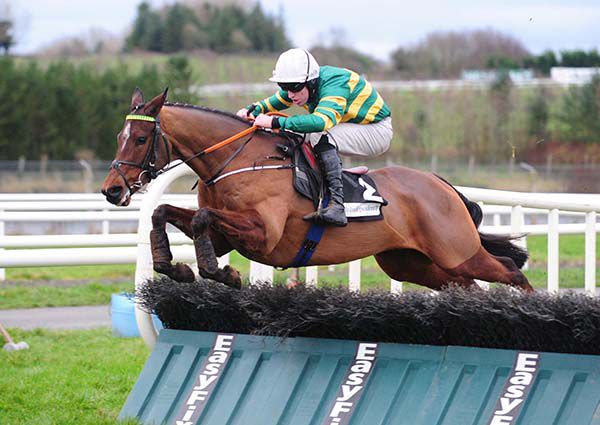 Gavin Cromwell’s charge was the star juvenile hurdler in Ireland in the first half of last season, winning his first four starts before disappointing at the inaugural Dublin Racing Festival at Leopardstown.

Espoir D’Allen missed the rest of the campaign, but has returned seemingly better than ever this term — winning Grade Three prizes at Naas and Limerick respectively — and he will likely be a warm order to complete his hat-trick this weekend before a possible trip to Prestbury Park in March.

The Limestone Lad Hurdle is one of two Grade Threes on Sunday’s card, the other being the Naas Racecourse Business Club Novice Chase.

A five-strong Elliott team includes Champagne Classic, who has not been seen in competitive action since beating Penhill, Monalee, Al Boum Photo and Presenting Percy, among others, at the 2017 Punchestown Festival.

Elliott also has Blow By Blow, Gun Digger, Glenloe and Minellafordollars in the mix, while Mullins could call upon Ballyward, Burrows Saint, Coquin Mans and Redhotfillypeppers.