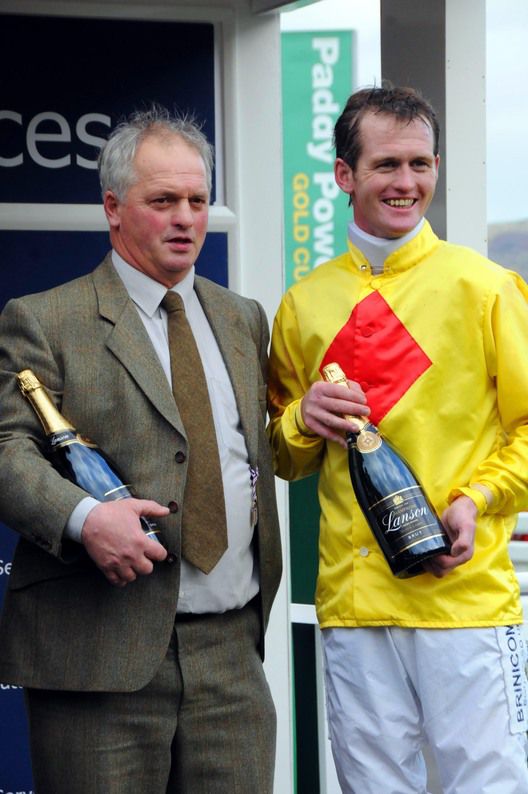 Elegant Escape bids to become the first dual winner of the Coral Welsh Grand National in 30 years at Chepstow on Friday.

The Martin Pipe-trained Bonanza Boy made history when becoming the first ever back-to-back winner in 1989. The last dual victor before him was Limonali in 1959 and 1961, while Lacatoi landed three renewals in the 1930s.

Hope are high that Colin Tizzard’s Elegant Escape can rediscover the winning trail in Monmouthshire — despite the burden of 11st 12lb.

Joe Tizzard, assistant to is father, said: “He won the race last season and any rain that falls will play to his strengths. He is not really quick enough for a King George and this was his obvious Christmas target.

“He is 9lb higher than last year, but he won the race well and he is a seven-year-old who is hopefully improving.”

Elegant Escape has proved himself as good as ever this season by finishing second in the Charlie Hall Chase at Wetherby and third in the Ladbrokes Trophy at Newbury so far this season.

“He proved he can carry top weight in the Ladbrokes Trophy. He was second in that last year before winning at Chepstow and ran every bit as well to finish third in it this year,” Tizzard added.

“We are half-thinking of the Grand National for him, but this is was always his target this side of the new year.

“We will see how he comes out of it, as we want to save a little for a spring campaign.”

Tizzard, who also won the 2016 Welsh National with subsequent Cheltenham Gold Cup hero Native River, has a second string to his bow in this year’s renewal in West Approach.

A winner at Cheltenham in November, the nine-year-old was never really going before unseating Robbie Power when favourite for the Ladbrokes Trophy, but performed much better when third back at Cheltenham last time.

Joe Tizzard said: “He just keeps coming out of his races really well. He is a horse that stays well in his races and is in good nick and he is probably running as well as ever, so we are keen to make the most out of it.

“He has always been a good horse with some smart form and plenty of ability, but this season he has been more consistent than before.”

He said: “Pobbles Bay ran in the race before and shaped like he didn’t stay (finished seventh two seasons ago). I’ve always thought he could stay, though, and he showed that by winning over three and a half miles at the end of last season.

“He deserves to take his chance and he has won round the track before, which is always a help.

“Prime Venture is still a maiden over fences. He was well beaten at Sandown on the last day of last season, but he ran well well in the Midlands National before that for a horse with not much experience over fences.

“His form at Chepstow is solid — he runs better there than anywhere else.

“Virginia Chick beat Truckers Lodge over hurdles at this meeting last season. His lack of experience over fences might be a bit of trouble in a race like this, but he gets in off a nice, low weight.”

A total of 17 runners go to post with other leading hopes including Stuart Edmunds’ Now McGinty, the Paul Nicholls-trained Truckers Lodge and Potters Corner, who won last season’s Midlands National for Christian Williams.