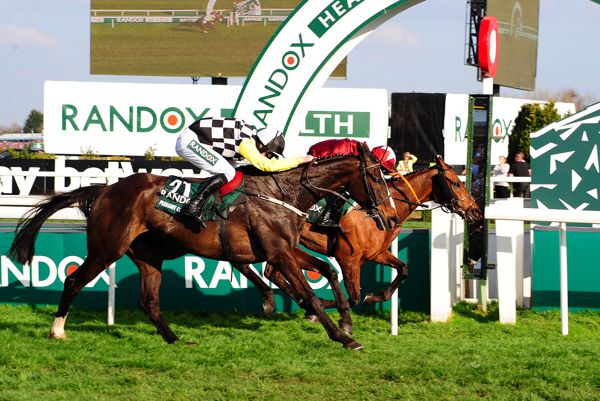 Tiger Roll is all set to bid for his second successive Randox Health Grand National next month, trainer Gordon Elliott has confirmed.

Connections stopped slightly short of directing their 2018 Aintree hero straight back to the scene of his finest hour, after Tiger Roll last week won for the fourth time at the Cheltenham Festival as he defended his Glenfarclas Chase crown.

But Elliott spelled out the widely-anticipated intention on Tuesday to head back to Aintree on April 6 with his big-race favourite, subject only to a final check with owners Gigginstown House Stud.

“The horse has come out of the race very well, and the plan is to go for the English National,” said Elliott.

“Obviously I have to discuss it with Michael and Eddie (O’Leary, of Gigginstown) — but I can’t see any reason at the moment why we won’t be going there.”

If successful again next month, Tiger Roll would become the first horse since the great Red Rum 45 years ago to win back-to-back Grand Nationals.

“I spoke to the English handicapper on Monday, and he put him up 8lb (in the ratings) for winning the cross-country race (at Cheltenham),” said Elliott.

Owner and trainer’s initial qualms about the extra weight the nine-year-old will have to carry this time, compared with 12 months ago, therefore appear to have eased.

Elliott added: “He (the handicapper) said he might have been easy on him, giving him 8lb, because he could have given him 10lb or more very easily.

“That only leaves him a pound wrong with last year, so it looks like he’s a better horse this year than he was last year.”