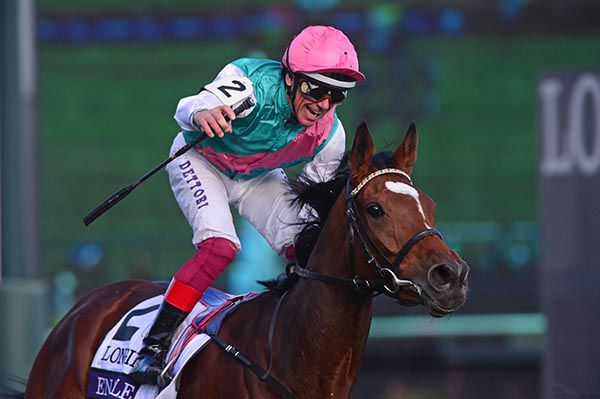 Enable will face seven rivals, including Aidan O'Brien’s Magical, as she makes her seasonal bow in the Coral-Eclipse at Sandown.

John Gosden’s superstar filly has been off the track since winning the Breeders' Cup Turf at Churchill Downs last November, with that run only the third of her 2018 campaign after winning a Kempton Group Three and her second Prix de l'Arc de Triomphe.

The five-year-old's ultimate target is a third victory in the ParisLongchamp feature in October - hence the reason Gosden has not rushed Enable back into action.

Enable will not have it all her own way in Saturday’s 10-furlong Group One, though, with Magical the pick of two runners for O'Brien.

The four-year-old was beaten just three-quarters of a length by Enable in America, and has won three of her four starts so far this term.

Derby disappointment Telecaster will try to recapture the kind of form that saw him win the Dante for Hughie Morrison, while Brigadier Gerard winner Regal Reality takes the step up to the top level for Sir Michael Stoute.

That was Regal Reality’s first try at 10 furlongs - and Chris Richardson, managing director of owner Cheveley Park Stud, thinks he deserves a place in the line-up for this race, which is part of the Qipco British Champions Series.

He said: "The Eclipse is one of Mr and Mrs Thompson’s favourite races — and they are delighted to have a runner, and to be participating.

"One has to be respectful of a very strong field, and Enable is a deserved favourite, but if you are not in you can’t win — and at the end of the day we are not going to run away from one.”

Stoute has a second string to his bow in Lockinge winner Mustashry, who switches up in distance, while Prix d’Ispahan winner Zabeel Prince tries his luck again for Roger Varian after finishing down the field in the Prince of Wales’s Stakes at Royal Ascot.