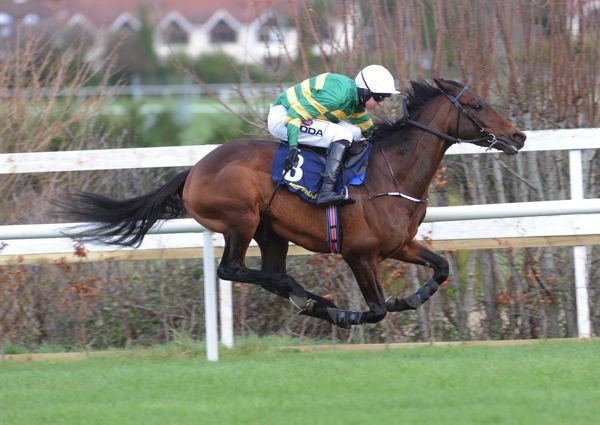 Joseph O’Brien has revealed JCB Triumph Hurdle favourite Sir Erec has suffered a minor setback — but is still expected to be fit for the Cheltenham Festival.

A high-class performer on the Flat, the Camelot colt has won each of his two starts over hurdles at Leopardstown this season — most recently dominating his rivals in the Grade One Spring Juvenile Hurdle last month.

He is a best priced even-money favourite for the juvenile championship on Friday week, and O’Brien remains optimistic he will take his place in the field, despite revealing on Twitter his charge had picked up a stone bruise.

O’Brien posted: “Just to keep everyone in the loop, Sir Erec was found to have a stone bruise this morning.

“With eight days until the Triumph Hurdle, we are confident that will be more than enough time for him to fully recover and get to the race in top form.”