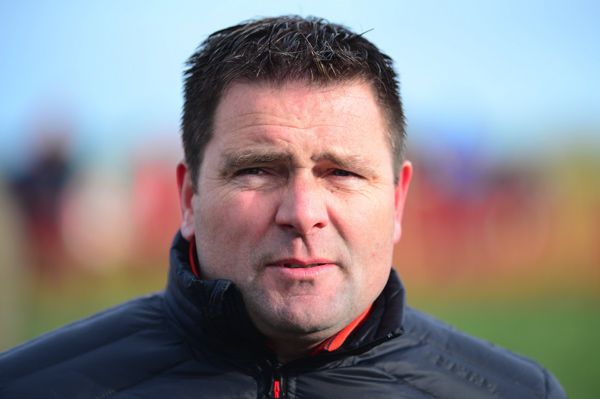 The four-year-old was seen staying on in third inside the final quarter of a mile.

She really picked up between horses in the final 100 yards for Derek O'Connor to come home by a length and a quarter at the line.

The 6/4 favourite brought up plenty of bets as she led in Sunndans (5/1) and Boro Tari (20/1) in second and third respectively.

Peter Fahey said: “She’s a cracking filly but I took a huge gamble running her here today as she’s a winter filly. We’ve had her in training all year waiting for soft ground.

"She’s a massive filly with a big pedigree and hopefully she’ll get a summers break and come back to be a nice filly for the autumn and winter.

“She has loads of ability and anything we have done with her she’s done well. It was in our mind to go point-to-pointing and then I didn’t want to risk her on the ground.

“When I came here earlier I walked the track and could see they had done a good job with watering the ground. Derek said it was quicker on the outside, so I said whatever you do go down the inside to mind her.

“It worked out well and he gave her a great ride. He said she was plenty green but a lovely filly to have for next year.”

The Stewards interviewed Mr T. Feeney, rider of Sunndans, concerning his use of the whip in the closing stages of this race. Evidence was heard from the rider concerned. Having viewed a recording of the race and considered the evidence, the Stewards were satisfied that Mr. T Feeney was in breach of Regulation 10.3(g) in that he had used his whip with excessive frequency and Regulation 10.3(h) in that he had failed to allow his mount sufficient time to respond to the whip. Having taken his previous record in this regard into account, the Stewards suspended Mr T. Feeney for seven race days. Mr. M. O'Driscoll, Acting Steward was not present for this enquiry.