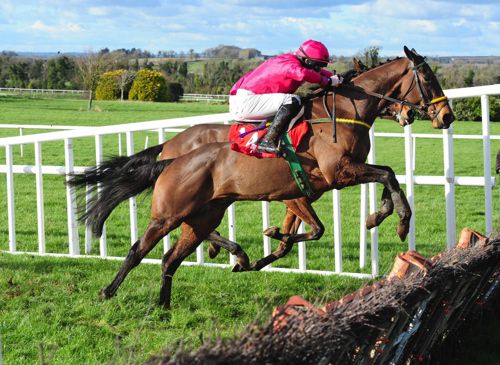 Classy hurdler Snow Falcon will bid to follow-up on a recent win at Listowel, as he lines up in the last at Fairyhouse, the Christmas Parties At Fairyhouse December 17th Handicap.

The son of Presenting made his Flat debut at Listowel, and he beaten Hidden Cyclone there by a length and three parts.

The Noel Meade-trained six-year-old is likely to have big targets over flights during the winter, but he sticks to the level for now, and Seamie Heffernan takes the ride.

Rocanga is another better known for his exploits over timber, and he looks a leading contender with Billy Lee in the saddle.

Another solid performance can be expected from the consistent My Direction while Ceol Na Nog To Choose and End Play are others to consider.

Aidan Howard trains End Play, and he is represented by Enter The Red in the Your Clubs Fundraiser At Fairyhouse, Enquire Today Apprentice Handicap.

The seven-year-old gelding has been knocking on the door this summer, and would be a deserving winner of this six furlong contest. He's Complete was a good third on his last start at Listowel, and he is another leading hope in this competitive twelve runner heat.

Seven horses have been declared for the Become A Member At Fairyhouse Nursery Handicap, and recent Naas winner Dinky Inty is sure to prove popular with punters here. Catch A Wave won on his penultimate start at Bellewstown before finishing a good third at Listowel, and he is an obvious danger, while Twist Of Magic and Hueston both look to have solid claims. Miss Qatar John Honeyman and the Aidan O'Brien duo of Spirit Of Valor and Circus Ring are the stand-out names in the opening Irish Stallion Farms EBF Maiden, while Waitaki might be finally able to get off the mark in the Next Racing At Fairyhouse The Return Of The Jumps October 8th Maiden.

The Book Your Winter Festival Tickets Online At fairyhouse.ie Claiming Race looks an open affair, with Highly Toxic, The Fox Tully Irish Reel Vivat Rex and Eighteen Summers a few for the shortlist.