Falmouth next for Laurens 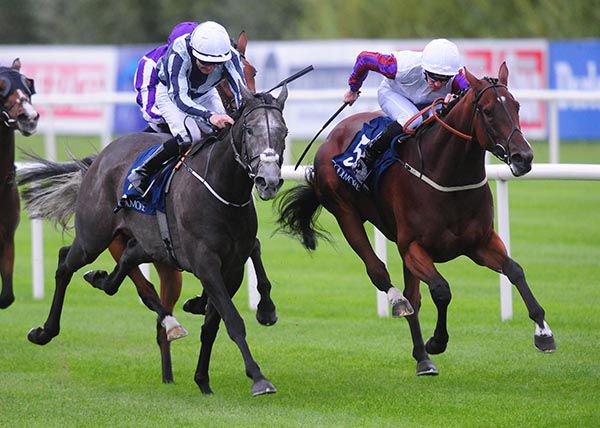 Karl Burke is counting on a return to a more suitable track helping Laurens bounce back to winning ways in the Tattersalls Falmouth Stakes at Newmarket.

The four-year-old daughter of Siyouni will bid to open her account for the season by claiming the sixth Group One of her career in the mile contest on July 12.

After finding only Mustashry too good on her seasonal bow in the Lockinge at Newbury, the John Dance-owned filly made it two defeats in as many visits to Ascot when finishing sixth in the Queen Anne Stakes on Tuesday.

Burke said: “We were disappointed, but maybe Ascot doesn’t play to her strengths as that is two defeats there now. It is a tough track to be handy all the way.

“PJ (McDonald) made a good point when he came in and said last year she was a big, strong three-year-old taking on mares and she was able to dictate, and she is now taking on four-, five- and six-year-old horses which is a different ball game.

“We set the stall to go to the Lockinge and then come to Ascot and after that her next run would be against fillies and we will stick to that plan and go for the Falmouth.

“It will be interesting taking on the three-year-olds coming through in the Falmouth and that makes it interesting, but she owes us nothing.”

Looking further ahead Burke could step his stable star up to a mile and a quarter in the Prix Jean Romanet, ahead of trying to defend two of her Group One titles.

Burke added: “There is a distinct possibility that after the Falmouth we will step her up to a mile and a quarter for the Prix Jean Romanet.

“I’d like to go back to try and defend the Matron at Leopardstown, before going to Newmarket and trying to win the Sun Chariot again.”