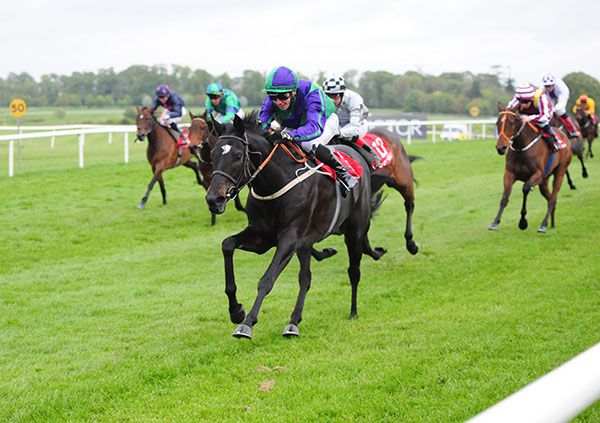 The daughter of Roderic O'Connor was making her belated career debut today aged four and was supported on-track from 28/1 to 16/1 at the off.

In the race Miss O Connor quickened smartly and at the line won with ears pricked when beating runner-up Romantic Proposal by a length and three parts.

Feane later said “she's a lovely filly and was very green there.

“She was a nice filly last year but had a little muscle problem behind so we gave her a break.

“The man that bred her leased her to Ray (McSharry) and we're delighted that she won.

“She's very very smart. We don't know where we'll go from here, we thought she might be placed today as there was a lot of word for a lot of horses in it.

“Hopefully now she keeps thriving and we get a bit of luck.”