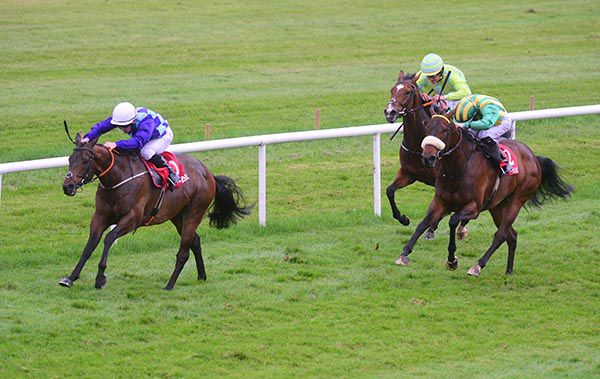 Fit For Function's length and three parts success over Waterlemon Bay was winning jockey Gary Carroll's second success of the evening and the win was a timely one for Murphy whose Swamp Fox received fatal injuries following his first flight fall at Ballinrobe yesterday.

Swamp Fox, winner of E300,000 in prize-money, won the 2016 Amateur Handicap at the Galway festival and had agonisingly failed to win the following year's Galway Hurdle, when chinned late-on by Tigris River.

Following today's win a philosophical Murphy reported “that's the thrills and spills of racing — the ups and downs all in the space of 24 hours.

“He's (Fit For Function) in again at Listowel on Sunday and he'll go again if the ground doesn't go too soft.

“He's a nice genuine horse. Up to his mark he's limited.”